When is it important to test for an animal’s DNA and when is it not? 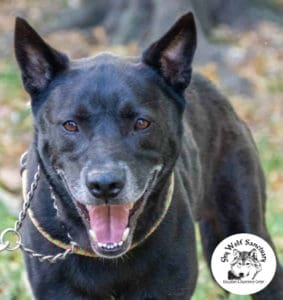 DNA testing has come a long way. Not only has it helped humans, but it has also revolutionized animal care and research. The DNA carries the most basic information about a certain creature, thus knowing your animal’s DNA could help you understand them better. Certain breeds exhibit known behaviors.

Domestic animals come from a long line of intentional breeding, but it is very common for lines to be blurred and breeds to mix. Thus, it would be unwise to immediately assume an animal’s breed just by its looks. For example, one of the animals that Shy Wolf rehomed was Koa. He looks like your regular American Pit Bull Terrier, except taller. While he displays the cat prey drive often attributed to pit bulls or Northern breeds like huskies, he is also a lover boy to people. Although it was said that he is partly wolf, it was not apparent in his physical features. When his DNA results came, it was confirmed that he is 21% wolf.

Certain animals are much more prone to specific health risks because of their species. In the case of pit bulls, they are prone to bone diseases, skin problems, and thyroid and congenital heart defects. With the available information that Shy Wolf had on Koa’s DNA through the genetic screening, the sanctuary could provide the best care and prepare his adopters for any future medical issues they may need to watch for.

Because many states, counties, and even cities have bans on pit bulls and wolfdogs, there may be times when it is in your dog’s best interest not to be tested. States like New York, Georgia, Michigan, and Illinois have a complete ban on any recent wolf lineage. When Nola was found to be a very low content wolfdog of only 18% it was urgent that she be rescued before she was euthanized. Now Nola lives in a home with our volunteers, seven other dogs, and is one of Shy Wolf’s best ambassadors at events and schools. If you seek to adopt a wolfdog or pit bull, be prepared to make life decisions like where you will live based on the legalities of your pet. 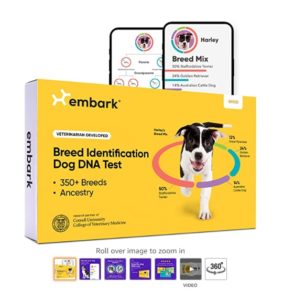 Knowing an animal’s DNA also provides better context about an animal’s ancestry. In the case of the New Guinea Singing Dogs, DNA results have shown that they are closely related to the Australian Dingoes coming from a common but extinct species. This is despite living in very separate and isolated locations. The New Guinea Singing Dogs known for their unique howl with whale song overtones are found in the New Guinea Highlands while the dingoes are in Australia. The discovery of common ancestry of both animals also provides us a glimpse of how the Earth changed. The findings establish that several thousands of years ago, Australia and Papua New Guinea were once connected and when the ocean rose, separating the two areas, so did these animals that evolved and adapted through time into their present forms. The New Guinea Highland Wild Dog was thought to be extinct until 2012, when someone happened to photograph one on the island. The first research on these wild canines was in 2016, first one live trapped and collared in 2018, and first published study in 2020. Shy Wolf’s rescued singing dogs and dingo contributed to that research through blood samples for comparison to the wild dogs. It’s incredible that we are on the ground floor of such important DNA work in the canine field.

Through DNA testing, there is so much more than we can learn about our animals in captivity and the wild. The good news is, knowing your animal’s DNA has also become more accessible, starting with dogs! DNA kits are available and they are very easy to use. Just collect a saliva sample, mail the sample, have it tested, and wait for the result to see if you guessed right!