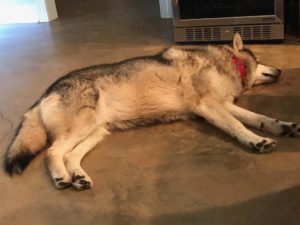 Shy Wolf Sanctuary rescued a wolfdog, Tyr. Prior to placement in his planned adoptive home, he underwent routine evaluation and was tested for heartworms. Sadly, he was positive, which disrupted the adoptive placement.

Heartworm disease is nasty. It is caused by a parasitic worm called Dirofiliara Immitis or heartworms and can live inside a definitive host for five to seven years. Heartworms can potentially grow between 4 to 12 inches and form into groups called worm burden. These worms thrive in internal organs, specifically, the heart, lungs, and blood vessels. If left untreated, the disease could result in organ damage and failure. The disease commonly affects dogs, cats, and ferrets but can also affect other mammals such as wolves, coyotes, and foxes.

Transmission
These worms are mainly transmitted by mosquitoes. This means that a mammal cannot get the disease by just simply being near an infected animal. 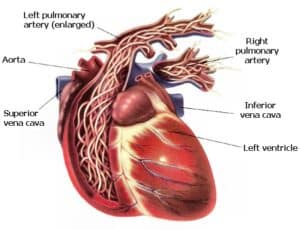 Compared to other mammals, dogs are known to be the definitive host for these parasites. Once a dog gets bitten by a mosquito carrier, the worms can potentially develop into adulthood, mate, and then reproduce. Once a mosquito bites a carrier dog, the parasite offspring or microfilariae in the bloodstream infects the mosquito. The microfilariae turn into a larva which can infect the next mammal that the mosquito bites. And, the cycle goes on.

As wild mammals such as foxes, wolves, and coyotes are mobile and wander from one community to another, they can become potential carriers and could increase the rate of infection. 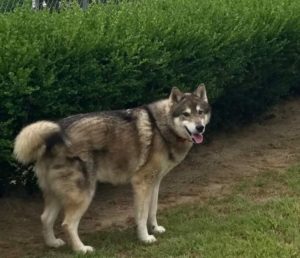 Fortunately, one of Shy Wolf Sanctuary’s pre-qualified foster families offered to take Tyr in during his treatment for heartworms. Learn more about fostering an animal by filling out our adoption form.

Symptoms
In the early stage of infection, there are no identifiable symptoms. As it progresses, possible symptoms among dogs include the following:

As the infection persists, the dog may experience heart failure, swollen looking belly due to fluids, or cardiovascular collapse.

Testing
The best way to treat heartworm disease is if it can be detected early. Thus, testing plays a vital role in addressing this disease. The worms can be detected through an antigen test. Through this test, heartworm proteins released by female heartworms are identified.

Once a dog gets infected, the parasites are not yet detectable until five to six months later as it takes this long for an infective larva to develop. Thus, for dogs, annual testing is recommended. Puppies that are younger than 7 months are given prevention even prior to testing and are tested on their 6th and 12th months. Dogs that are 7 months and older need to be tested before given prevention and are also tested on the 6th and 12th months.

If the animal tests positive for heartworms, it needs to undergo additional tests to determine the best course of action.

Prevention and Treatment
Before starting any prevention or treatment, an animal needs to be tested. This would help determine the kind of medication needed.

Preventive medicines come in various forms. There are pills, topical, and injectable. Some medications can be used for heartworms while some can also treat other parasites. Never skip medication and do not forget to have the animal tested regularly. 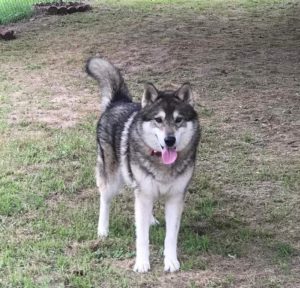 Fortunately for Tyr, another adoptive family came through. Once he is medically cleared for placement, he will move in with his forever family.

To kill adult heartworms, a dog is given Melarsomine dihydrochloride, an FDA-approved injectable arsenic-containing drug. To eradicate the microfilariae, the topical drug Advantage Multi for Dogs is applied to the skin. Treatment is not only expensive but can also be dangerous to animals. Depending on the severity of the case, an animal may need to be stabilized prior to the start of the treatment especially if it has other serious conditions. So, never administer medication on your own. This should be consulted and prescribed by a veterinarian.

Care
Aside from treatment, animals that tested positive for heartworms should be regularly monitored. For dogs, limit strenuous activities including exercise as physical exertion with heartworms in the bloodstream could potentially damage the heart and the lungs.