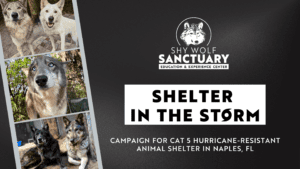 (Naples, FL – Oct. 28, 2022) – One month after deadly Hurricane Ian devastated Southwest Florida, Shy Wolf Sanctuary Education and Experience Center is jumpstarting one of the most important fundraising efforts in its history to support the area’s people and pets and inviting the public to take part via a crowdfunding campaign. 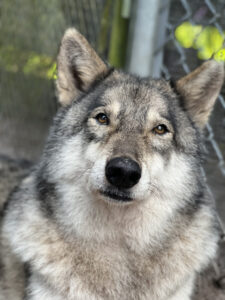 The “Shelter in the Storm” campaign is raising money for a new hurricane shelter rated for CAT 5 storms, and will run through November 30th, the official end of the 2022 hurricane season. The hurricane shelter is part of the Sanctuary’s expansion plans, which will be located on 17+/- acres in Golden Gate Estates.

In addition to rescuing, housing and, when possible, adopting abandoned, neglected, and abused exotic animals, Shy Wolf Sanctuary is committed to protecting pets in the area. Even as it recovers from Ian, the organization knows it is a matter of when, not if, this ten thousand square foot CAT 5 shelter will be needed. A special emphasis on being able to shelter the pets of first responders when they are called to work hurricanes or other disasters is being factored into the architectural planning. 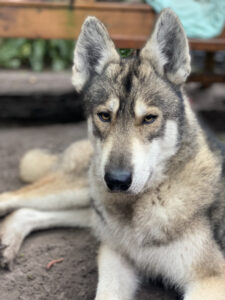 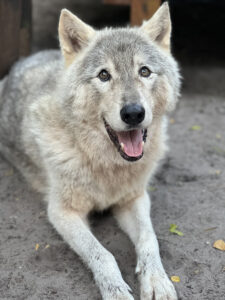 Deanna Deppen, Executive Director of Shy Wolf, says, “As in the case of Ian, when danger looms many pet owners are reluctant to evacuate, knowing most shelters do not allow pets and limit those to cats and dogs.” She adds, “They face the terrible choice between evacuating and leaving their pets behind or staying and risking their own lives.”

Shy Wolf Sanctuary has a goal of raising $50,000 through “Shelter in the Storm.” When completed, Shy Wolf’s animals along with the pets of first responders and other community members will be able to be safely housed. The new shelter will be designed to withstand category 5 hurricane winds, minimize the threat of flooding, operate by generator in case of a power outage, and include a kitchen to prepare emergency meals for the animals. 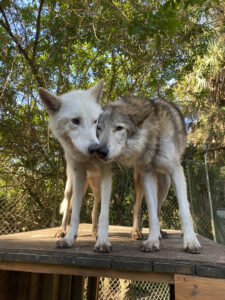 Donors to the GoFundMe campaign will be able to choose from various contribution levels that have incentives to create a positive impact for the people and animals of the area for many years to come By donating, supporters will be investing in the future and becoming a part of the greater community solution.

Shy Wolf Sanctuary Education and Experience Center, a 501(c)3 nonprofit organization, was founded in 1993, and has rescued more than 1,300 animals – many abandoned, neglected and abused – while connecting with the public to share the healing power of unconditional love.  Tens of thousands of people from around the world have supported the mission, and Shy Wolf partners with other nonprofits for its Healing Hearts program, helping people who have experienced trauma to find a transformational bond with the animals.