Florida Weekly: Wolfie Rescued from the woods of Central Florida 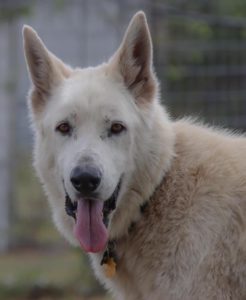 “Wolfie” rescued from the woods of Central Florida
April 23, 2020

Working closely with a network of rescuers and supporters, Shy Wolf Sanctuary Education and Experience Center rescued a feral wolfdog near Eustis in Central Florida.

Uncounted sightings of the wolfdog occurred over the last five years, but he evaded all efforts at capture. Neighborhood social media groups knew him as “Wolfie” and “the Wolf in the Woods.” A local woman would leave him food as she was concerned for his welfare, but Wolfie would never let her approach. She recently moved out of the area, making his rescue more critical.