November 12th, 2020 – Yuki the giant “Dire Wolf” lost his battle with cancer.  He left us on his terms, in the middle of the night, after having a wonderfully normal day with his friends.  His companion Bella has been introduced to another older couple, and is adjusting well to life without her longtime companion.  We appreciate the world-wide support Yuki had and hope that his followers will continue to support our efforts to rescue other animals in need, while planning a new facility with bigger and better habitats.

We got a call in 2008 from a man who needed to place a wolfdog. The story was that the animal was 8 months old, had been purchased by a friend of his in North Carolina after graduating boot camp. The man stated he had been diagnosed with brain tumors, the dog was much larger than he had anticipated it growing, and that he couldn’t handle the dog. The 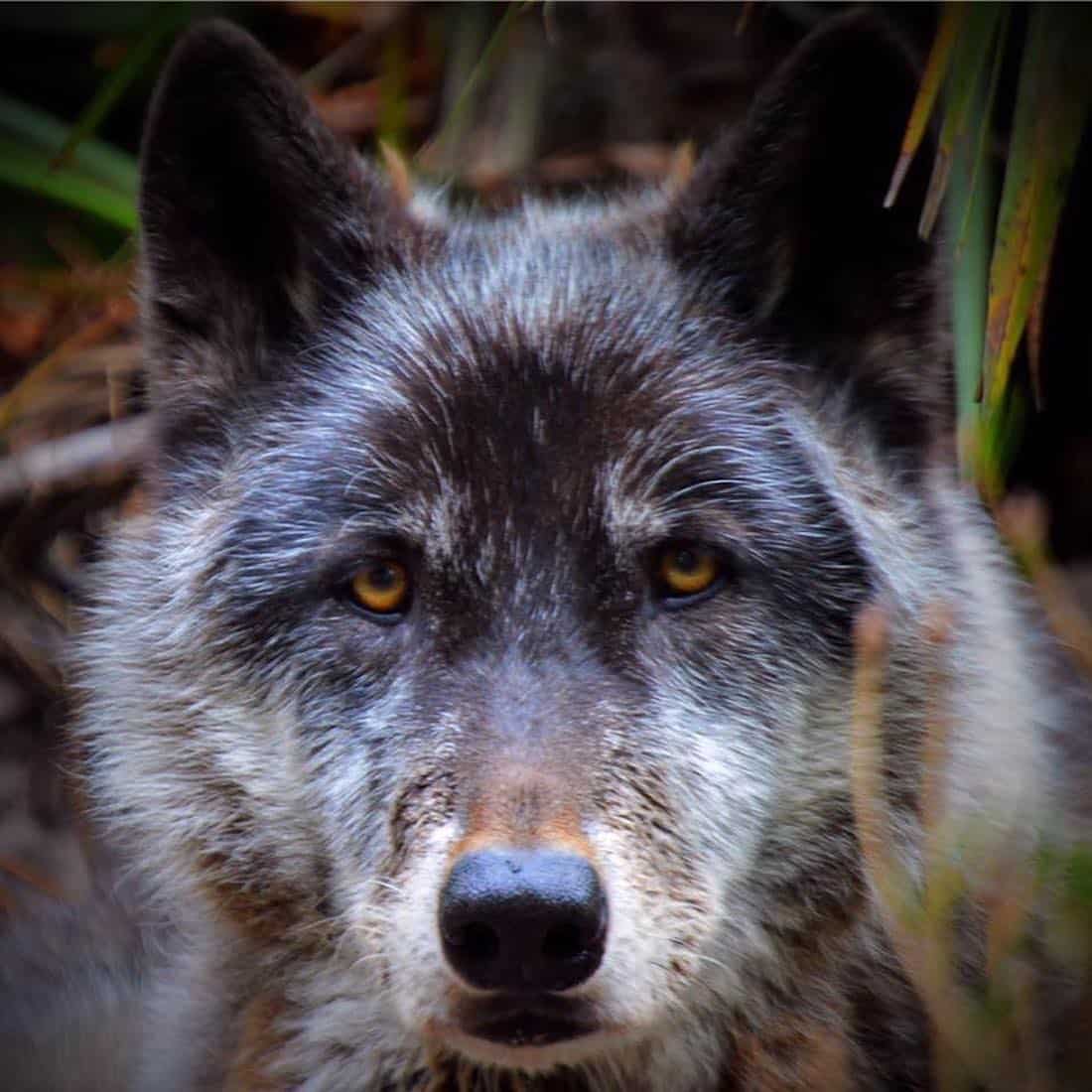 next day we were contacted by Broward County regarding what they believed was a wolfdog that had been brought in as a stray. They sent photos and there was no doubt that the dog had been dumped at the shelter when we were not immediately able to solve this man’s “problem”.

Nancy and Deanna drove to Florida’s east coast to pick him up and immediately knew he was higher content than initially suspected. Yuki was placed in our isolation enclosure and scheduled for neutering and various medical tests. His outgoing personality made us think that he might grow into an ambassador. He even went to one scout meeting… then he showed his “other side”. Shortly after being placed in the back enclosures with palmettos, Yuki peeled the skin back on his right rear knee. We loaded him up and took him to the emergency vet hospital to have it debrided and stitched. Yuki underwent four more surgeries to repair that leg. He tore every cone off, outmaneuvered every attempt we made to keep him away from the stitches, and became very cage aggressive.

Yuki is very much a “ham” and loves to be the center of attention. He has shown us that he doesn’t like to hear “NO”, doesn’t like to be restrained or controlled in any way, and does have a number of triggers. Volunteers need to be able to read his body language and react quickly as he doesn’t always give a warning when “Mr. Hyde” is going to appear. Yuki is a ladies man and a select group of female volunteers have been allowed in what we call his “harem”. It is an honor and at any given time he can decide someone is kicked out of the harem, and sadly for the volunteer, it usually means they are out for good. He has, however, met his match in little Bella… as she can and does take food right out of his mouth!